The Heir to Darkness

Naruto and his team, along with Hotaru and Utakata, return to Mount Katsuragi to plan their next move. Tonbei reveals a way to remove the forbidden jutsu from Hotaru’s body which would result in the jutsu losing it’s power. Hotaru states that if a man named Shiranami returned, the clan would be restored. Naruto decides to look for Shiranami within two days. Little do they know, the man they are looking for is actually the one after the forbidden jutsu. Meanwhile, Utakata wonders if Tsurugi spoke the truth about his master. 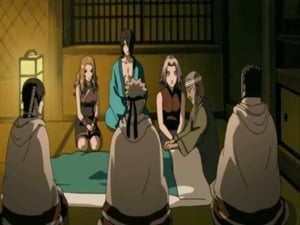