Yamato disguises himself as Sasori after creating a wood replica of Hiruko, and goes to meet the spy. The spy turns out to be Orochimaru’s right-hand man, Kabuto Yakushi, who reveals the location of Orochimaru’s current hideout to Yamato. Orochimaru interrupts the meeting, appearing to attack Kabuto, and while it initially appears that Orochimaru has come after Kabuto, Kabuto attacks Yamato and reveals that he is truly loyal to Orochimaru. Orochimaru calls out Naruto, Sakura and Sai from where they are hiding and observing the meeting, and prepares to fight the team. 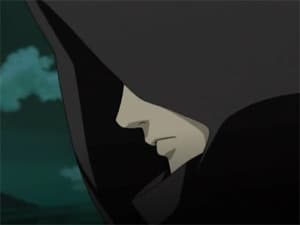